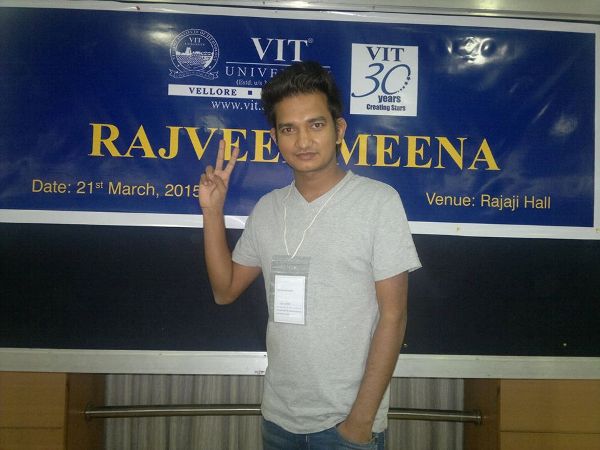 A 21-year-old Indian student has set a Guinness World Record by memorising 70,000 post-decimal digits of Pi, beating a Chinese who had held the record for 10 years. Rajveer Meena, a resident of Mohocha village in Swaimodhapur district of Rajasthan, had in March this year set the record by reciting post decimal Pi values up to 70,000 digits in 9 hours 27 minutes. He was awarded the certificate of Guinness World Record for memory on October 1. "The most decimal places of Pi memorised is 70,000, and was achieved by Rajveer Meena (India) at the VIT University, Vellore, India, on 21 March 2015. Rajveer wore a blindfold throughout the entire recall, which took nearly 10 hours," the official website of the Guinness World Records states. Meena, who has a B.Tech degree participated in the 'Most Pi Places Memorised' hosted at the university on March 21. Earlier, the record was held by Lu Chao. He had recited post decimal Pi values up to 67,890 digits in 24 hours and 7 minutes in 2005. While talking about his memorising power, Meena said the left side of human brain is capable of storing visual memories for longer period and he had prepared pairs of digits, enabling him to quickly recall their sequence. He further claimed that he can memorise thousands of digits by sequencing it into an episode or transforming it into an object. Meena said that his memorisation tips can help students learn complex formulae of science to crack competitive entrance examinations.

Charismatic, versatile and multifaceted, like a diamond with many sides. ...[ Read more...]