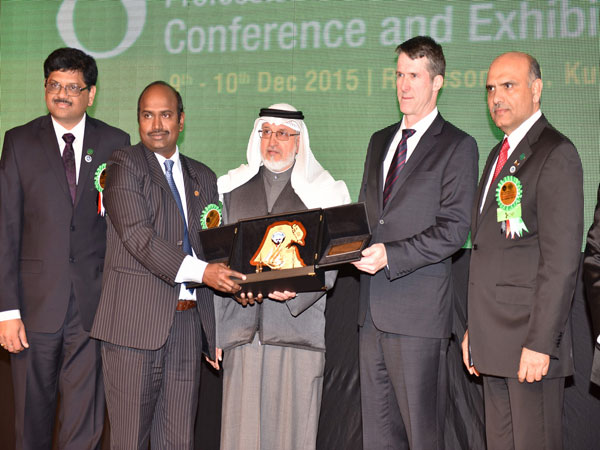 We are pleased to inform you that, Our Advisory Committee member Mr. Ashok Garlapati had been elected as the first Global Region Vice President (GRVP).  We congratulate & wish him for his Success.

Mr. Ashok played a key role in Kuwait Chapter, which within a short span of establishing, as a Chapter in the year 2000, has become one of the largest Chapter outside USA with more than 400 plus members. He has served Kuwait Chapter at many positions from its inception and participated in the Global Taskforces of ASSE-USA, which has worked for the benefit of international ASSE members.

He participated in ASSE Global Taskforce and his efforts in globalization of ASSE are commendable. In 2013, Ashok was been appointed by ASSE as Ambassador for Middle East, India and SE Asia for his voluntary efforts with ASSE and to further promote Society objectives in these countries

He was also instrumental in establishing and mentoring many new ASSE Global chapters in Asia and Middle East.

Ashok is serving ASSE-KC as an Advisory Committee member and is presently working with Kuwait Oil Company in Drilling & Technology Directorate as HSE Consultant.

In this role of Global Region Vice President, Ashok Garlapati will be tasked with supporting the Global region ASSE Chapters and their officers. Mr. Ashok will work very closely with the Global region Chapter Officers and Members to develop an infrastructure that positions Global Chapters for success and maximizes the value these Chapters can bring back to their members.

The Executive Committee 2015-16 of ASSE Kuwait Chapter takes this opportunity in congratulating Mr. Ashok for his achievement. ASSE Kuwait chapter wishes him the successful journey throughout his life in promoting safety health & environment practices in the industry, community & among HSE professionals.

- A Nurturer by choice and Psychologist by profession ...[ Read more...]

As a nutritionist  her vision is to enhance health and well being in both community settings and for individuals. ...[ Read more...]