United to serve…. United we serve…. 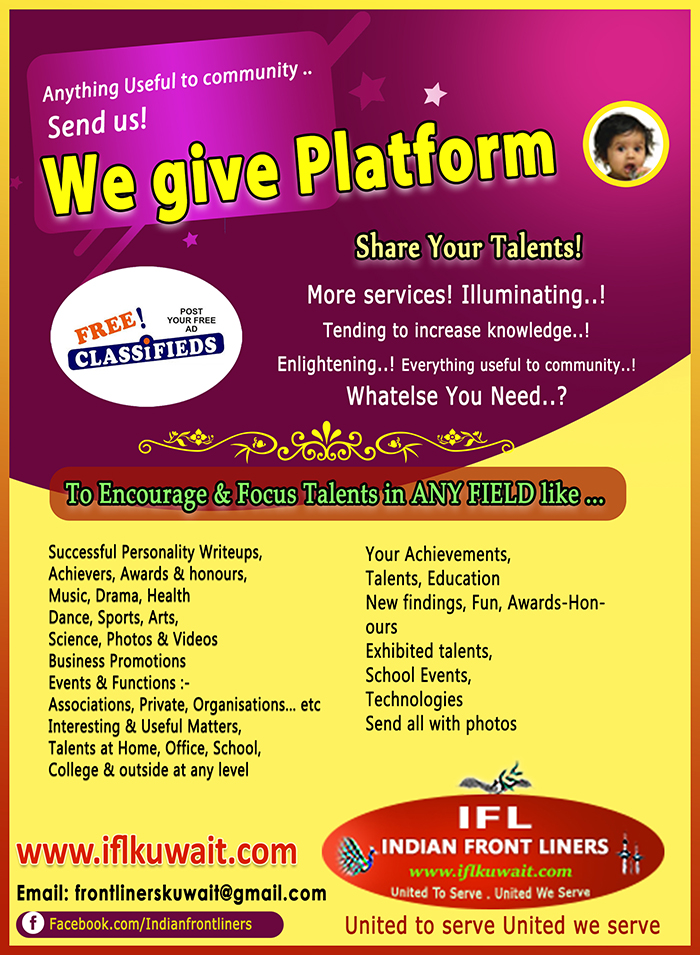 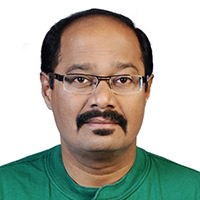 The Indian Frontliners, a service organization registered in Indian Embassy, Kuwait was started in 1997 by Writer N.C. Mohandoss with service minded people, to join hands for serving the needy people;  To do things that count - for others……

IFL consists of people from different walks of life, different parts of India and different economic sections.  Moreover, these services were rendered by the IFL members, who are the volunteers from different background such as Engineers, Doctors, Businessmen etc. and with different social and financial status.

IFL’s helping hands have reached out to wide  spectrum of the needy person in the society. IFL working directly and through other service organization, have provided relief and assistance in the field of Education, Health, Disaster Relief, Old-age care, Orphanage services, Animal Care & Community welfare etc..

In the past 21 years, IFL has been doing a tremendous work in providing tireless service to our society. It was the responsibility of each one of us to give back to the society , and to take care of the needy people. Members of IFL have united for this purpose and cause.

Every year IFL have  been conducting such program and releasing the book consisting of valuable articles about prominent Indians; through which IFL are able to mobilize the fund to help the needy people. We have been providing the financial help for more than 3.5 crore Indian Rupees so far with the support of our sponsors.

One of the biggest achievements by IFL Welfare wing was to suspend the execution of two Indians sentenced to death in Kuwait, with the help of Indian Embassy and then Ambassador Shri. Satish C. Mehta. By getting the information just before 3 days of execution, on behalf of Indian Frontliners, General Secretary Mr. K. Mathi, with the affected persons  relatives and friends coordinated with Indian Embassy for the above humble effort.

IFL has extended help mainly for the people in distress like stranded and sick workers/maids, poor in need of medical attention, families of persons died in Kuwait who does not have the proper knowledge / support  in the state of Kuwait where there are limited opportunities for the expatriates.

Some of the major activities of IFL to the Indian communities here in Kuwait are:

IFL believes that everybody can be great; every contribution whether big or small , makes a big difference to the life of some person in need. Also, the Indian Frontliners are running a website to update the status around us to the people around the world.

“Live your life in such a way that you'll be remembered for your kindness, compassion, fairness, character, benevolence, and a force for good who had much respect for life, in general.”
- Kent

United to Serve; United we Serve…

FRONTLINERS Kuwait a non-profit social organization registered with Embassy of India, Kuwait has been in existence since 1997. It helps needy and less privileged people and participates in various voluntary works.

In the past 22 years of our existance  in Kuwait, many prominent personalities has presided over our Frontliners Functions as "Guest of honor ", We are proud to state that fund mobilised during these functions has been donated more than 3 crores  rupees  for various calamities funds, education for the poor, orphanage, Hospitals, NGO in our homeland as well as helping the disturbed and helpless workers in Kuwait in coordination with Indian Embassy .

The need to highlight the successes of Indians, to enumerate their efforts, the pitfalls and challenges met by them, their untiring effort to beat all odds and succeed, to encourage the upcoming generation … these and to help the needy people with the  proceeds, prompted  to start the  Indian FRONTLINERS  book. We are proud to say that so far, 22 volumes of Frontliners have been released.

Frontliners  books  were released by-