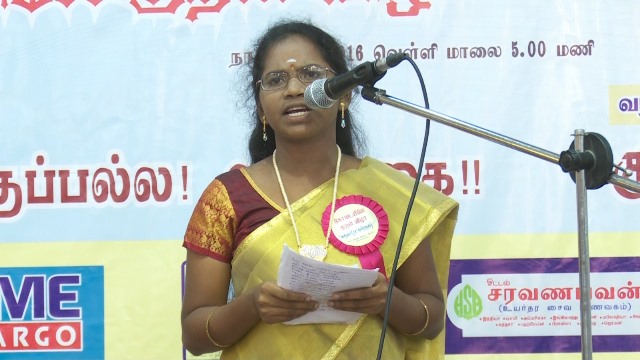 It is worth to mention that “Thirukkural”, widely known Tamil literature, was written by Saint Thiruvalluvar more than 2000 years back. It has been translated nearly in all the major languages of the world. They are called as couplets grammatically, as every Kural has 2 lines. The total Couplets are 1330 in numbers and arranged under 133 “Athikaram” or Chapters in English. Please visit below referred websites to know more about it.

A human in the world could start learning since birth and it never ends until his last breath. However, one may start his structured learning’s after 3 years in this modern world and its educational system. One could hardly start speaking from there and say not a complete sentence but mixture of words.

But, is it not a wonder, a 4 year old baby started learning 2000 year old literature and completed the learning of all 1330 Couplets within 2 years?. It was neither for fun nor for schooling. Immediately after learning Thirukkural, the poor and brilliant girl started reciting them in front of big audience and got appreciated by prominent personalities and Tamil scholars of the state Tamilnadu.

While she learned walking, she stepped into the world of literature and her journey continued with the learning of other Tamil literatures like Siva Puranam, Vinayagaragaval, Thiruvasagam, Thevaram, Vallalar works, Purananooru, Agananooru, Kurinchippaattu, Ramayanam, Mahabharatham etc.,

She proved her abilities in front of many eminent personalities and organizations. Since then, the count of her medals & achievements started. “Yuvakala Bharathi” was her first award in the year 2006 by Bharathi Yuvakendra, Madurai. Her journey continues with her recent crown received from “The President of India” Shri. Pranab Mukherjee”.

She is a regular winner of many speech competitions in Tamilnadu and participated in TV shows like “Agadam Vikatam” in Raj TV. Her achievements used to be published in many leading Tamil dailies.

Selvi. Bathmapriya was blessed as first child of Mr. Kunasekaran, M.Com, B.L., a differently abled person and Mrs. Ganthimathi. Her small and beautiful family was blessed as well with another girl and a boy. This brought the competitors within her family, since her younger sister Selvi. Vishnupriya (10 years old) had the ability to recite all the 1330 Kurals and her younger brother Selvan. Poongundran at the age of 6, is able to recite around 400 Kurals so far.

A small hut without partitions for different rooms and facilities is now filled with medals, awards and many books on literature.

She has been adopted by “Meenatchi Ramasamy Higher Secondary School, Thathanoor, Tamilnadu” since her studies from 6th standard until now (12th standard) without the need to pay school fees as an appreciation to her achievements. To her part, she has proved to be an excellent student by scoring 492/500 in 10th public examination. She aspires to be a medical student after 12th standard and serve the community.

On her recent visit to Kuwait to attend “Paavendhar Kazhagam’s” program, she attracted a huge audience and delivered a wonderful speech on “Thirukkural”.  Many other associations in Kuwait had an opportunity to have her speeches delivered in their programs during her weeklong stay in Kuwait. She was appreciated by many awards and cash prizes.

A website named www.kuralarasi.com has been floated to record her achievements and literary journey.

Below listed awards are few feathers on her cap:

She can be reached on the below address;

We appreciate kind hearted personalities to contribute to her educational welfares per below bank account; 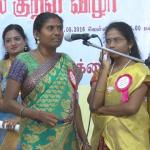 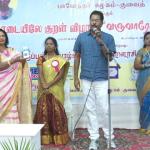 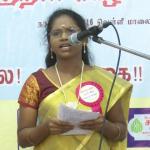 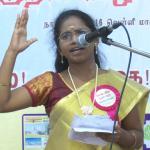 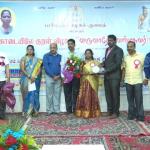