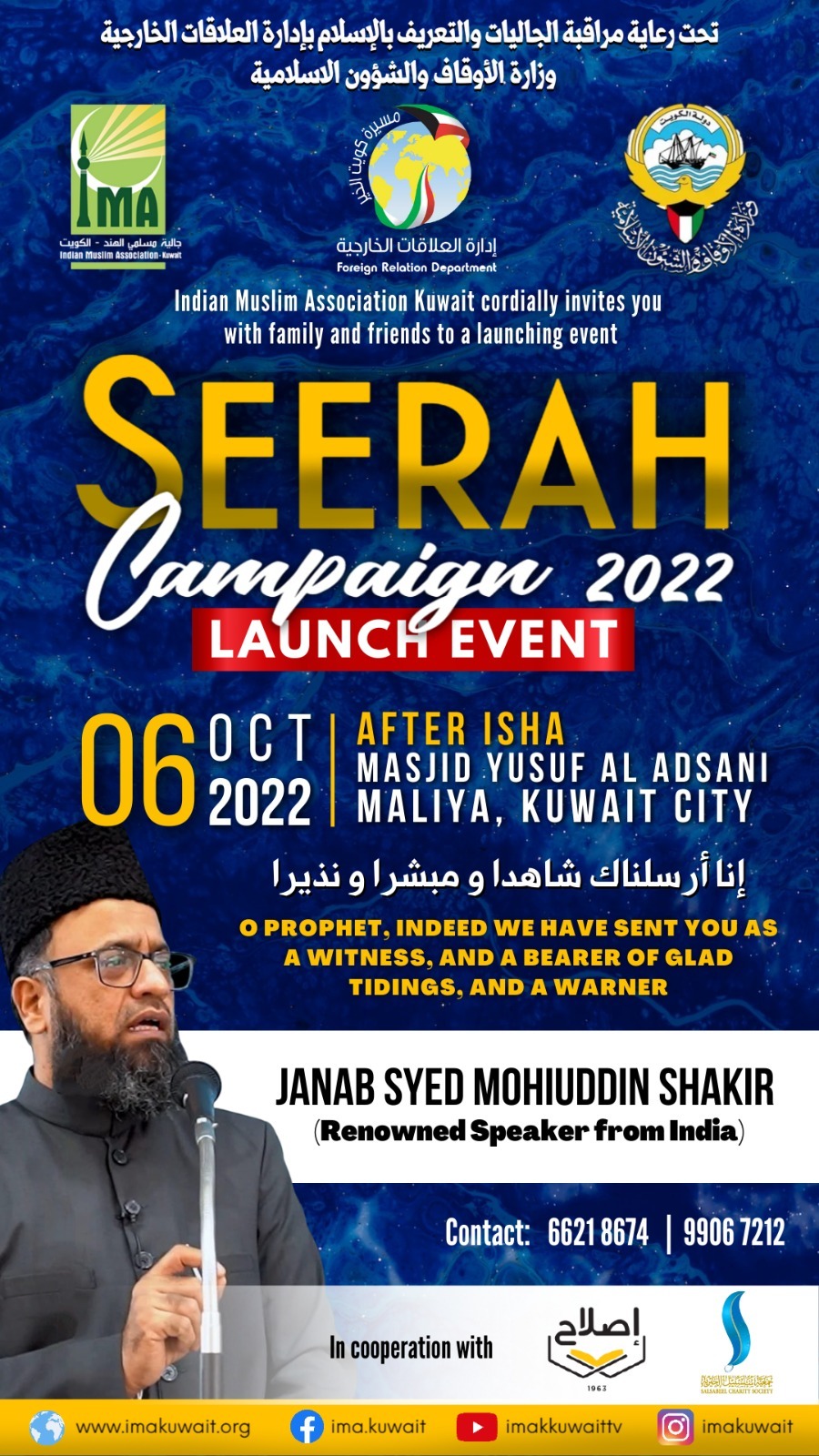 Indian Muslim Association (IMA) Kuwait will be conducting a month-long campaign by the name “SEERAH CAMPAIGN 2022” across Kuwait in the months of October and November to commemorate the life and legacy of Prophet Muhammad ﷺ starting with its launching public program scheduled on 6th Oct 2022 at Masjid Yusuf Al Adsani in Maliya Kuwait right after Isha Prayer.

The name Prophet Muhammad ﷺ is remembered in the history as one of the most influential personalities who inspired millions and millions of people across the globe to lead a good life. He will be remembered as the one who gave up and sacrificed whatever he could to ensure that a society free from hatred, inequality, injustice and evil be established

The legacy left behind him is a treasure which cannot be calculated by the materialistic norms of the today's world. However, if this great legacy cannot be further propagated and transferred to the future generations, then it will be a big injustice towards them.

The main purpose of this campaign is a humble attempt to try to reach out to the masses to convey the positive impact his personality had upon his followers and upon the entire mankind. He was indeed a mercy towards the mankind from the Creator of the mankind and the entire universe.

A series of events, programs and lectures that suit people from all the age groups are planned to make this event an interesting one.

Hence, stay connected with Indian Muslim Association (IMA) Kuwait for further updates about this campaign. It will be indeed an interesting and life refreshing experience.